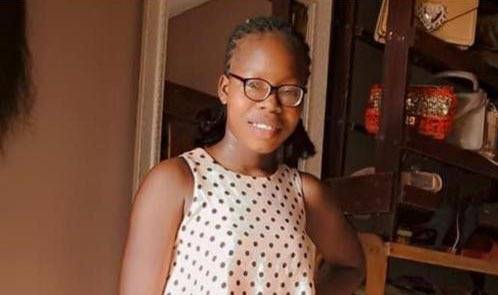 Boluwatife
A 14-year-old girl, Boluwatife Adegoke who went missing some days ago has been found.

She went missing on Monday in Lagos.

She has now been found begging for money.

Miss Adegoke was among the missing persons whose cases flooded Twitter after the murder of job-seeking, Ini Umoren as reported by SaharaReporters.

A Twitter user, identified as DARMIE (@TheOluwadarmie), revealed to SaharaReporters that Boluwatife was sent by her mother on Friday to withdraw money from the Automated Teller Machine of a bank nearby.

Her mother, Mrs Folashade Adegoke, however, cried out soon after when she could not find her daughter hours after she left home.

Adegoke disclosed that it was was not the first time Boluwatife would be sent on such an errand.

“This is not the first time. I have even sent her to withdraw more than the one I she went to withdrew last time and she doesn’t stay long. Our house to the bank is not far," the mother told News Digest,

However, the news of her missing child went viral until reports reached her that she was seen at Tinubu area of Lagos Island on Monday.

Speaking about her safe return, Adegoke said some men saw her loitering the streets and not in a mosque.

“Some men told us she had been walking around those places (Tinubu area in Lagos), with the same clothes on her. I personally don’t know what might have happened to her but all she (Boluwatife) said was someone called her from the ATM. Eventually, she lost the money and my ATM card," the mother said.

“I’m sure you all are waiting to hear the news about how Bolu was found. She wasn’t at the mosque since on Friday. She has been walking around the streets.”

The woman went further to say her daughter was seen begging for money since the money and ATM card with her had gone.

“They said Bolu was found at Tinubu area early this morning (Monday) as she was asking for money to eat. Someone who know her told them not to give her that she knows her parents. I was really confused but I’m blessed I found her alive and safe,” Mrs Adegoke said.
Posted by Daniel Update at 9:43 PM