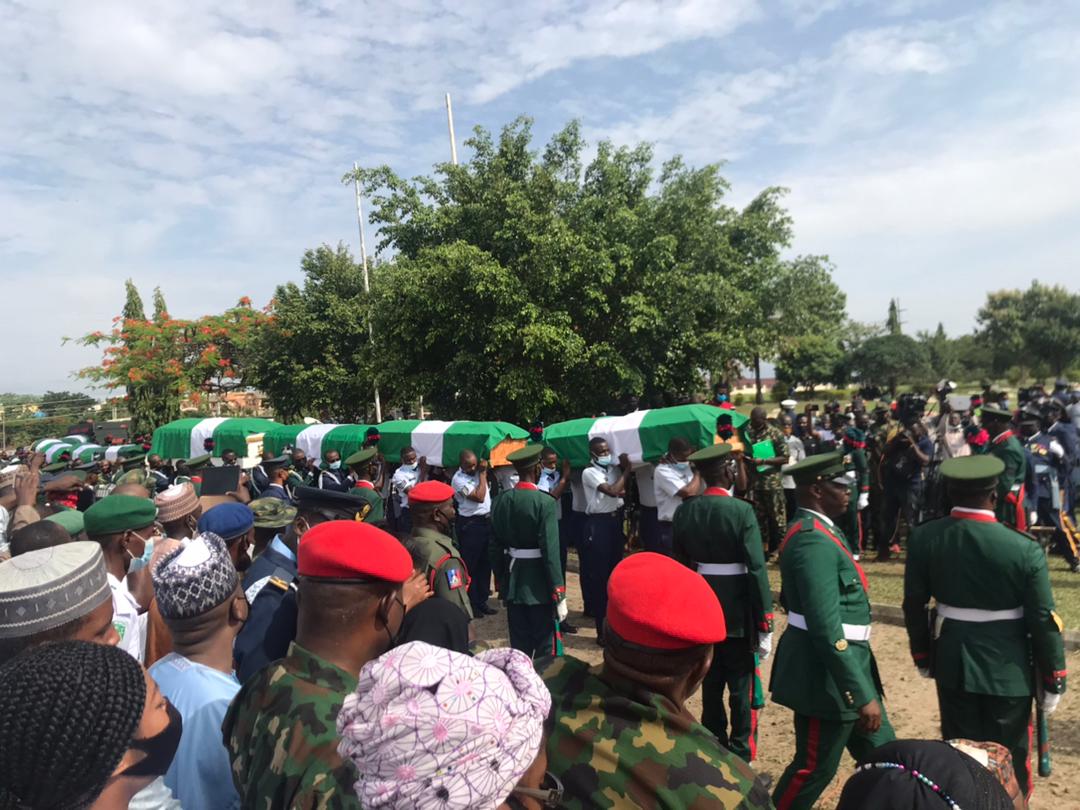 Nigeria's Chief of Army Staff, Ibrahim Attahiru and other officers who perished in a plane crash in Kaduna have been buried.

Photos and video of the moment their bodies arrived for burial have emerged on social media.

Their remains were on Saturday moved to the National Mosque and the Nigerian Air Force Protestant Church venues of prayers.

The burial rites started around 1pm and was attended by top dignitaries in Nigeria’s Armed Forces.

Their bodies were later moved to the National Military Cemetery for the interment ceremony, where they were honoured with a 21-gun salute. 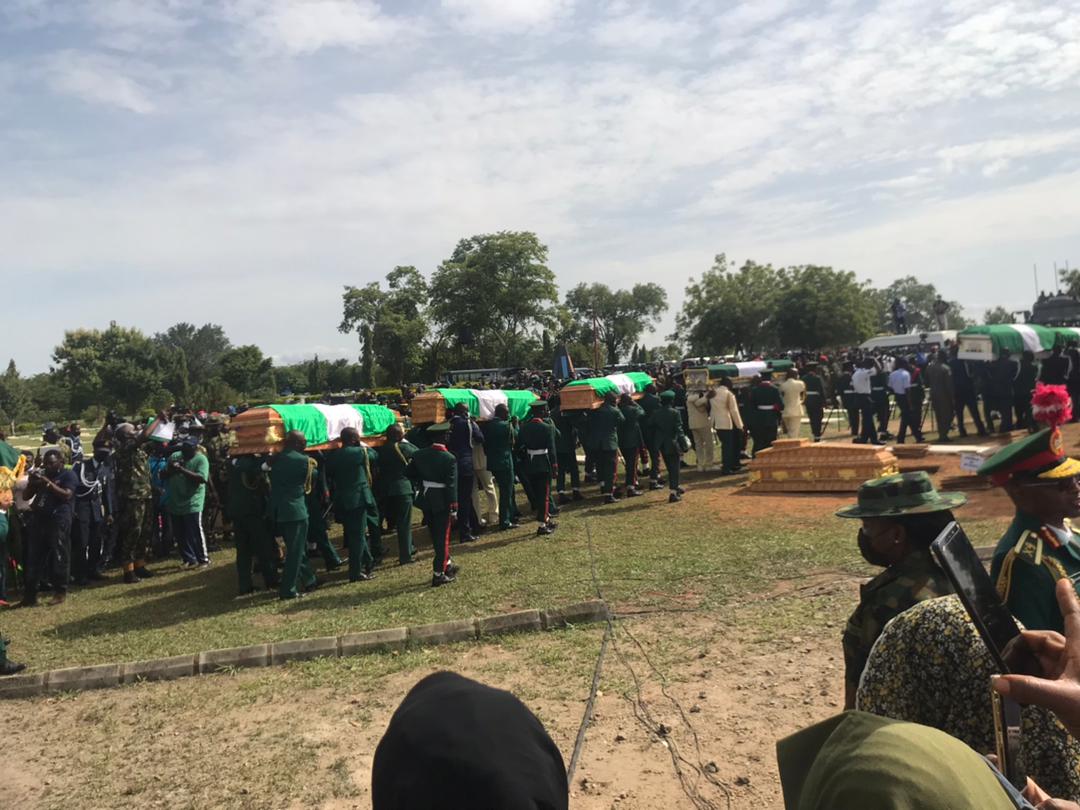 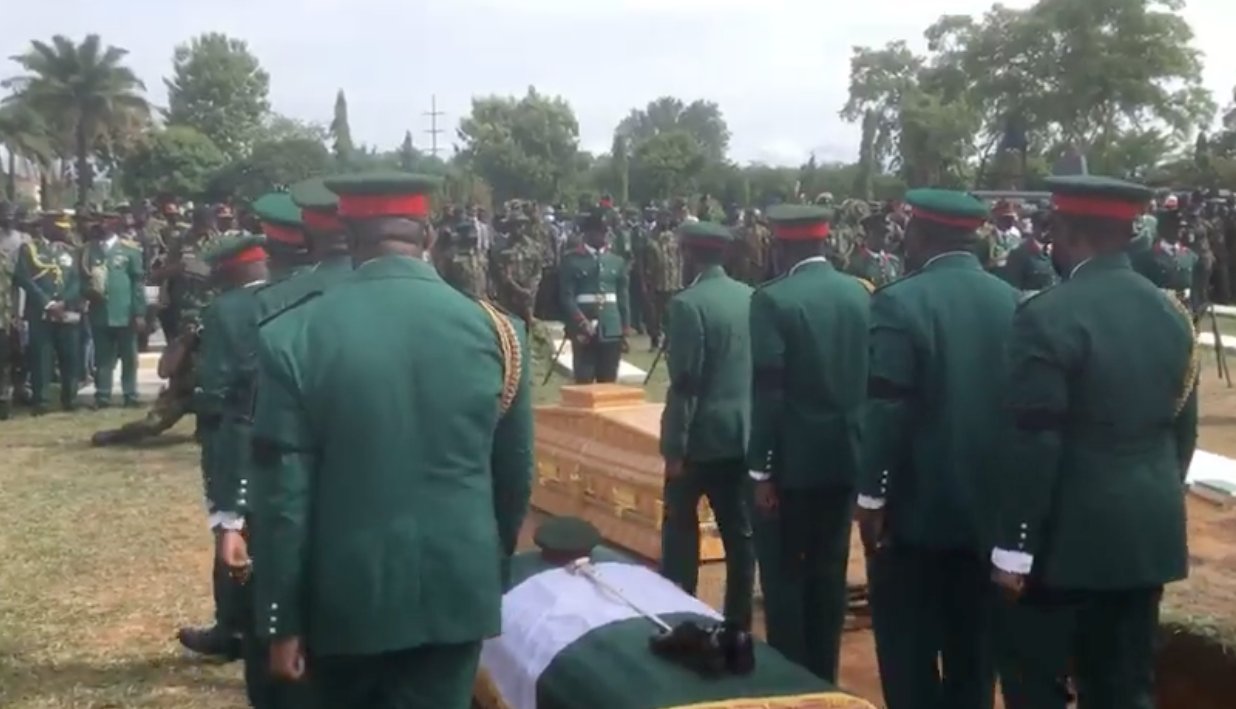 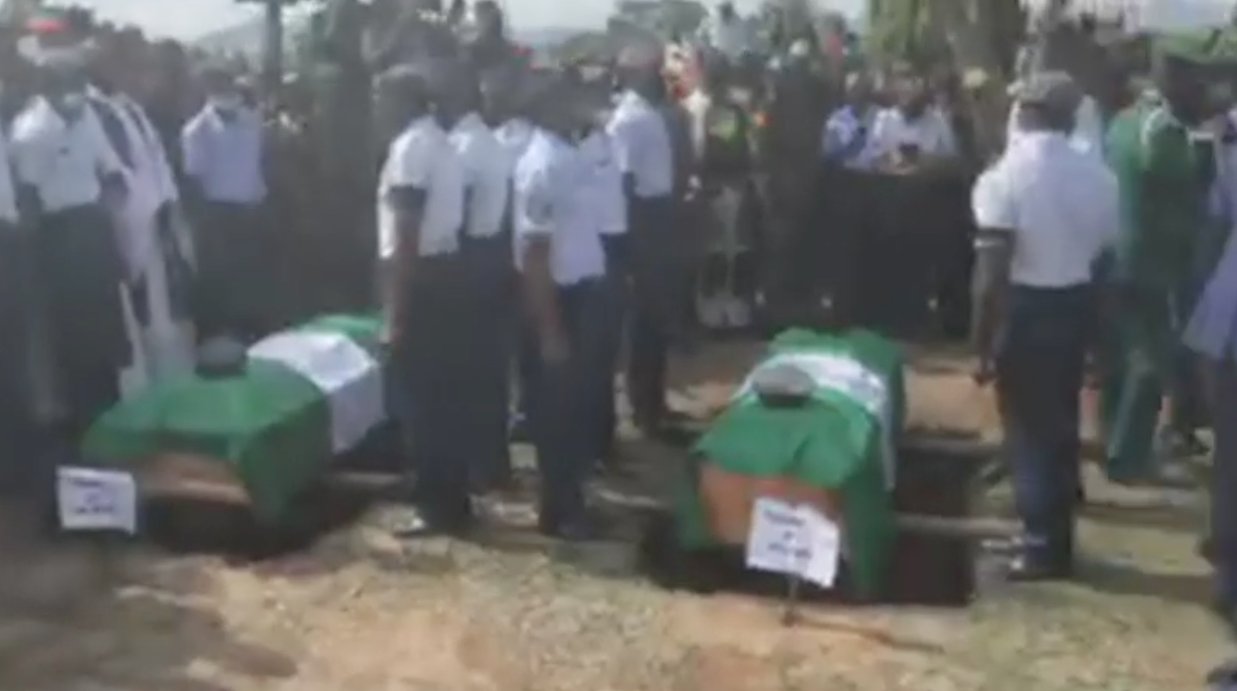 Posted by Daniel Update at 1:25 PM