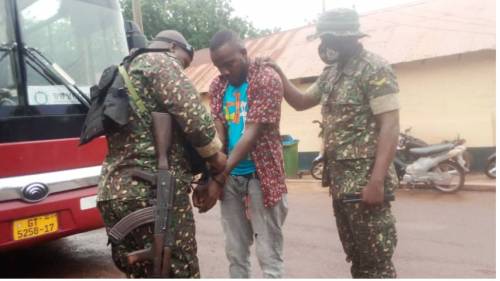 At least forty-four of the Nigerians were deported for various offences, including illegally staying in Ghana.

The deportees were sentenced to 99 days imprisonment and will be deported after serving their sentence. Those who served their sentence at the Tamale prisons were 43 males and one female.

Sources told Ghana news outlet Joy News that a team of escort officers, comprising Immigration officers, would lead the deportees from Tamale to Accra to receive their deportation letters and escorted them out of the country.

According to the source, arrangements have been made to ensure a smooth exercise.

The various regional capitals the deportees would pass through have been alerted to ensure a smooth passage. This the first time the Immigration Service is deporting a large group of people from the area.

The deportation comes after the Service noted a lot of illegal entries prompting them to act.

Following reports that some bandits are in the Tamale area seeking to terrorize the residents, the Service continues to secure the country's borders.
Posted by Daniel Update at 6:21 AM