Insecurity Does Not Make Nigeria A Failed State —Lai Mohammed 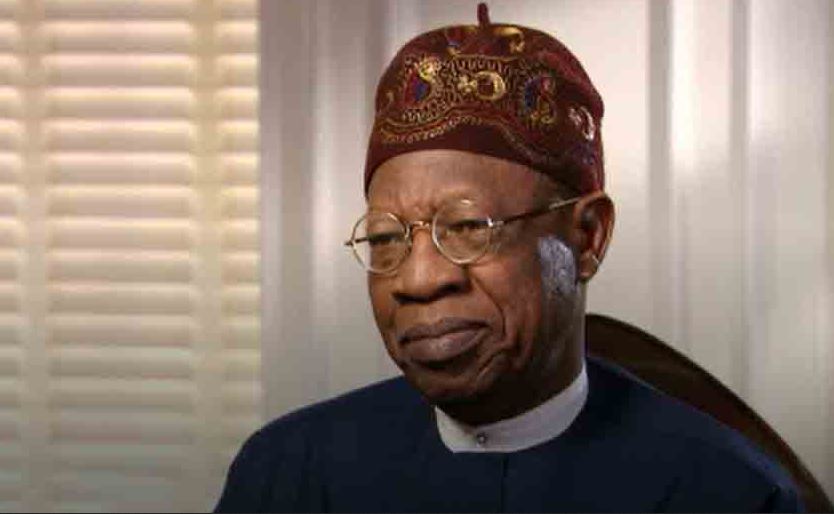 Lai Mohammed
The Minister of Information and Culture, Alhaji Lai Mohammed, has stated that despite the worsening insecurity, which the government is tackling, Nigeria cannot be described as a failed state.

He stated this in response to a recent declaration by the Council on Foreign Affairs in the United States that “Nigeria is at a point of no return with all the signs of a failed nation’’.

In an interview on Thursday in Abuja, the minister stressed that “Nigeria is not and cannot be a failed state’’.

Mohammed said the declaration by the Council did not represent an official US policy.

He said, “This declaration is merely the opinions of two persons, former U.S. Ambassador to Nigeria and a Senior Fellow at the Council on Foreign Relations John Campbell, and the President Emeritus of World Peace Foundation, Robert Rotberg.

“Declaring any nation a failed state is not done at the whims and caprices of one or two persons, no matter their status.

“Just because Nigeria is facing security challenges, which we have acknowledged and which we are tackling, does not automatically make the country a failed state.”

The minister added, “Yes, the Council on Foreign Relations is a prominent US public policy Think Tank, but its opinion is not that of the US.

“Like former US Senator Daniel Moynihan said, ”You are entitled to your opinion but not your facts”.

Mohammed reiterated that Nigeria did not meet the criteria for a nation to become a failed state.

He listed the criteria to include inability to provide public service and inability to interact with other states as a full member of the international community.

“Yes, the non-state actors may be rampaging in some parts of the country, they have not and cannot overwhelm this government,’’ he said.
Posted by Daniel Update at 5:54 AM